The complexities involved in operating a successful business today are ever changing. A strong foundation with well-thought plans is imperative for any business to be profitable. Risk Management is a crucial part of business planning.
Bianchi Business Consultants LLC(BBC), founded in 2016, offers integrated services to our clients to address Risk Management issues. BBC’s team of professionals, comprised of former prosecutors, law enforcement offers, private security, fire safety, emergency management, and project management personnel offers strategic risk advisory services and will work with you to identify vulnerabilities.
Our experienced senior administrators and staff will analyze risk factors and help create policies and procedures specific to your organization’s culture and business model. BBC’s team specializes in identifying potential regulatory violations and soft-spots within an organization. Once identified, our team will work with you to create plans focused on reducing those risks and provide expert training for you and your staff to ensure appropriate implementation of the plan. 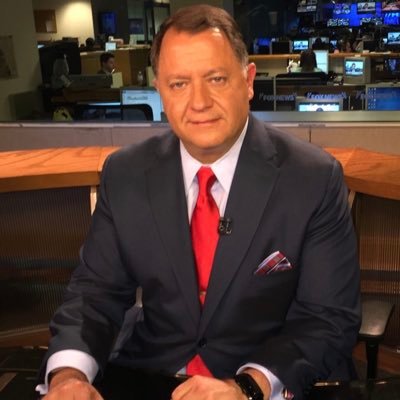 As Morris County Prosecutor, Prosecutor Bianchi was, pursuant to the New Jersey State Constitution, the chief law enforcement officer of Morris County and had supervisory responsibility over every police department and municipal prosecutor in the county. In addition, he was responsible for the entire staff of county attorneys (assistant prosecutors) and detectives at the Morris County Prosecutor’s Office. As such, Mr. Bianchi was responsible for every prosecution of indictable matters in Morris county, ranging from all murder cases, Robbery, Aggravated Assault, Drug matters, Rape cases, to name a few. Robert Bianchi managed a budget of over 11 million dollars and managed a staff of approximately 170 people.

In 1997, Robert Bianchi applied for and passed his examination to become certified by the New Jersey Supreme Court as a Certified Criminal Trial Attorney. This is a major accomplishment and distinction in the legal community, with less than 1% of the attorneys (approximately 250 attorneys) in this State who are so qualified. The certification process is rigorous and requires extensive and successful criminal trial experience, numerous hours of continuing legal education, and vetting by judges and adversaries with whom Mr. Bianchi appeared before and tried cases with. Mr. Bianchi was also required to pass an extensive written and practical examination to become certified.

He was re-certified in 2004, 2009 and 2014, after having again demonstrated his continuing expertise and excellence in the area of criminal trial practice. He is the only attorney in the State of New Jersey who is a former Governor appointed County Prosecutor that is a certified criminal trial attorney that currently handles criminal defense cases. This is an impressive, singular distinction that no other attorney in the State of New Jersey can boast of.

In Addition, Mr. Bianchi is also rated as an A.V. Trial Attorney in the distinguished Martindale Hubble, an independent rating system of attorneys throughout the country. Additionally, this rating system judges the legal ability and ethics of an attorney and the A.V. rating is the highest mark that an attorney can receive for both areas.

Robert A. Bianchi has, and continues to be, a lecturer on the art of trial practice. He has been asked to lecture to well over a thousand lawyers throughout his career. His reputation of being a teacher to other trial lawyers stems from his natural courtroom skills that other attorneys wish to emulate, as well as a demonstrable record of success that has distinguished himself among his peers.

Robert A. Bianchi is a regular national TV Legal Analyst and has appeared on numerous television shows, legal education programs, and has extensive media relations knowledge. He has appeared in his capacity as an attorney on every major news network in the United States such as CNN, ABC, Fox News, NBC, CBS, MSNBC and is host at the Law and Crime Network to name a few . He has also appeared in numerous documentary television programs such as Good Morning America, The Geraldo Rivera Show, Due Process, and NJ Capitol Report.

It is vital in today’s media age to have an attorney that knows how to handle complex media matters, so that the clients are properly represented in this very important environment. There is no question that Mr. Bianchi is a very skilled and very engaging speaker and has had the repeated media exposure as prosecutor with all sorts of media issues that require deft and skill in addressing. These media skills are an art-form. Learning the media environment, or only having limited exposure to the media, is a place (much like a courtroom) where you do not want an attorney that is learning along the way with your case/life. With Mr. Bianchi, neither the courtroom or media platform is “academic” for him. He has been well tested and seasoned in these very complex and challenging environments.

Mr. Bianchi began his legal career as an Assistant Prosecutor with the Hudson County Prosecutor’s Office in 1989. He remained in that office for 7 years.

During his tenure at the Hudson County Prosecutor’s Office, he served in numerous divisions within the office and ultimately as Senior Trial Attorney. Mr. Bianchi tried numerous felony cases, including many high-profile murder cases. He was assigned the responsibility of training other Assistant Prosecutors in the art of trial advocacy due to his many successes in the courtroom and his reputation for being a tenacious, but fair, Assistant Prosecutor. He was also a frequent lecturer at various police academies, training cadets on the methods and practices of courtroom testimony.

While at Bianchi & Bianchi, Robert A. Bianchi was responsible for the successful defense of a multitude of clients who were charged with complex criminal matters, as well as, clients who sustained serious injuries due to negligence committed by others. Mr. Bianchi has won millions of dollars in money awards on behalf of his injured clients he represented in personal injury cases. His tenacious and aggressive style in all types of legal matters is well-known. In one case alone, Robert Bianchi was responsible for one of the largest jury awards in the State of New Jersey after an insurance carrier took a no-pay position and took a construction accident case to trial. In that case, the jury returned a verdict of 10.9 million dollars for Mr. Bianchi’s client.

Robert Bianchi has been honored by the Morris County Hispanic Chamber of Commerce, the Roman Catholic Diocese of Paterson, and many other civil and community organizations. He was also recognized by the NJ School Resource Officers Association for his leadership in the area of school violence prevention.

Working from home meant we could vary snack and coffee breaks, change our desks or…